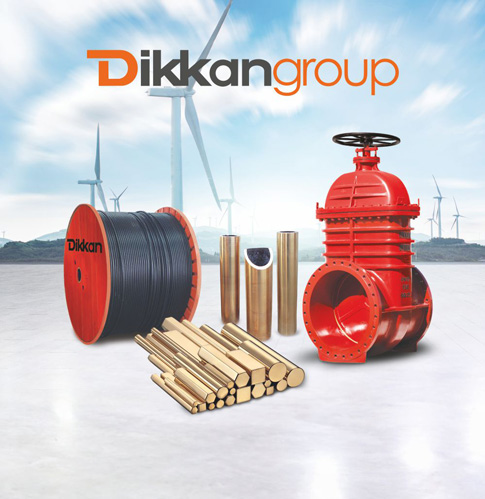 Dikkan has begun its journey of quality production with casting and industrial valves manufacturing in 1978. Today, Dikkan is proud to be a deeply rooted institution and a group of companies which combines valve, casting, cable factories and ship recycling facilities in itself.

Dikkan Group, which sets its route towards improvement and continuity, sustains business growth with increasing experience and production capacity as well as its commitment to ethical values.  The organization, with its overspecialization in valve manufacturing for ship building, infrastructure, construction and agriculture sectors for 40 years of industrial manufacturing experience; has accelerated the export activities and become the main supplier of the most important actors in the sector.

With the facility investments and its successful attempts to institutionalization in the past 15 years; Dikkan, accomplished 90.000 square meters integrated plant in Izmir-Kemalpasa region and established the largest bronze foundry by incorporating Iz-Metal. Afterwards, Dikkan has started up the rolling plant in its integrated facility and launched Dikkan Brass&Bronze brand to the market. After incorporation of Isiksan Ship Recycling company in 2011 and foundation of Dikkan Cable factory in 2015, Dikkan fulfilled its institutionalization period as Dikkan Group of Companies.

Dikkan Group adopts the values of diligence, honesty and respect for human and environment. With its diligence, Dikkan regains the production capacity to Turkey as added value and reputation. While it spends the increased capacity gains to excelling in production and management, Dikkan also respects to ecological balance with its contribution to recycling. Dikkan cares the personal development and professional training of the employees with the strong belief in human resources; thus, it always improves its team, technology and the sense of quality.

The Group already has the quality and approval certificates given by many international certification societies like LR, DNV-GL, BV, TSE, HAR, NF. Progress continues to strengthen the processes of management and production with investments in innovation and R & D activities.